The IPL has taken over the average Indian household. I'm so relieved that I don't get to hear them sidey serial soundtracks. I hear its making good money and has everyone young and old rivetted to their seats. It has created a whole new audience for itself and they are certainly getting their monies worth. 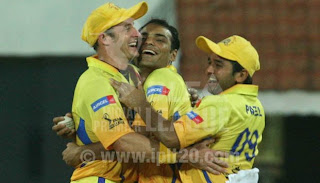 I support the Chennai Superkings and the Deccan Chargers for obvious reasons. One team has been doing well, the other is just getting into the groove. The Aussies are ruling over proceedings here - Hayden, Gilly, Symonds and my personal favourite, Mike Hussey. All of them have put in atleast one blitzkrieg performance so far. I used to love to watch Michael Bevan play in the death overs for the Aussies and Huss has taken over that slot. Stud players both of them and whats more both are left handed batsmen just like me.
Good Entertainment all around. Go IPL !! 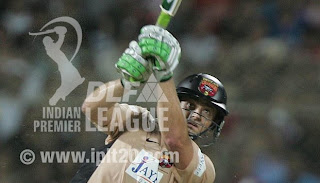 i want punjab kings xi to win the semiz and rajasthan to win the finals !!

Allen Iverson (NBA), Iverson Allen's sport in famous basketball player in the NBA, all-star teams, and served on the dream team captain. Where to bounce high net, net 40.5 inches high approach is to bounce 114cm 45 inches (about). On June 26th in 1996 by The Philadelphia 76ers selected in NBA history, become The most short draft, nicknamed "AnswerAllen Iverson shoes The Answer)".